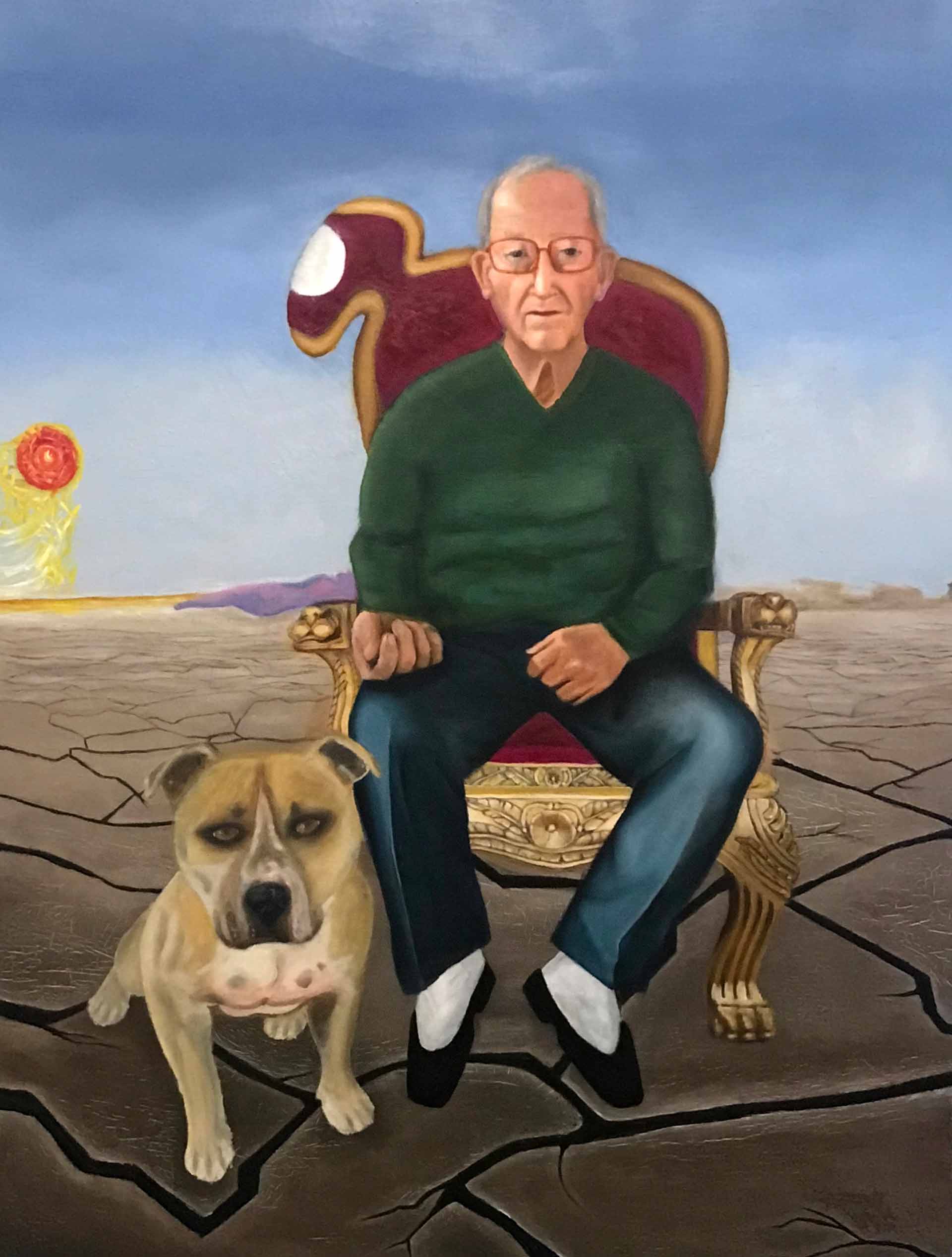 My next series, inspired by the ongoing issues around the care for our elderly population including neglect, abuse, and abandonment, will focus on the many faces of the aging population intended on delivering a message to the public at how important the elderly have been and still are in our lives and that they should be loved, properly cared for, protected, and respected until they leave this earth in a natural form of death. They should leave this world knowing and feeling they were loved to their last day. In the end if we are lucky enough to live a long and fruitful life, we too would like to believe that there is someone out there that will show us the love, care and respect that we have worked so hard for throughout our lives. Today there are so many Elderly in our local communities and through out the world that experience abuse and neglect on a daily basis. They leave this world feeling hurt, alone, humiliated and afraid and no one should have to go through that - we all deserve to leave this world with dignity and respect

At her creative peak, Fortunato is, through these paintings, submerged in an emotional voyage or trance in creating works based on her own experiences. She incorporates the reactions provoked by her surroundings as she translates feelings and sentiments that she expresses through art, which is a channel that helps her to unchain complications that cannot be expressed with words.

From the exaltation of love to the most intimate disturbances, the principal idea behind her concept of “Emociones” is to express a specific emotion in each of the expressionist-abstract works. These reactions are not easy to explain, and they are subject to the interpretation of the viewer. Ms. Fortunato expresses through painting her ideas of personal emotions which could transfer to sentimental references to love, anger, happiness, euphoria….applying her artistic style with painting. Fortunato puts her mind and heart in the mix to construct works of art which are applicable from her personal experiences of imagination and creativity yet controlled by her emotions which arise from her daily and family life, metaphors, travels, and incorporation of imaginative stimulation. Fortunato expresses a feeling about life with which the viewer may or may not identify. The spectator may feel a sensation about their own life relevant to the imagination, project feelings according to mood, or simply receive a challenge to the imagination. If it is truly certain that the line between emotion and sentiment is quite extensive, we can accept that knowledge, as much from the most moving as the most emotional of our conduct, helps us to know ourselves as well as relate to others and live in a more harmonious environment. 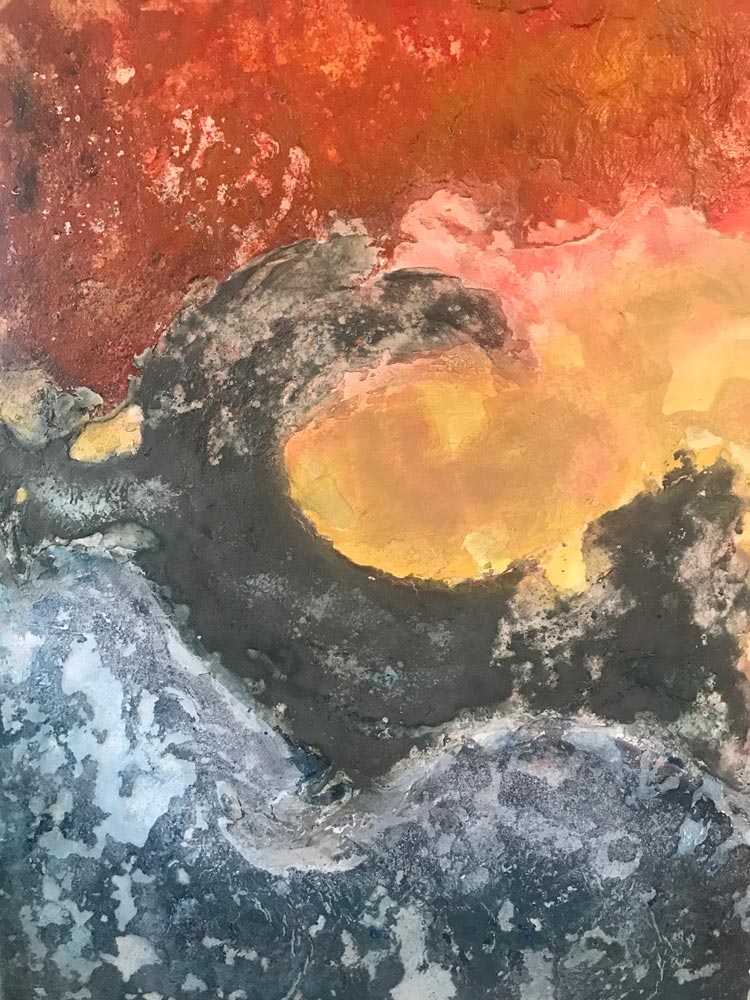 Fortunato current series has been inspired by her travels to home in Northern Minnesota. A small lakeside, log cabin nestled on several wooded acres, located just outside of the small town of Aitkin. After living, for years, in large cosmopolitan and metropolitan cities around the world, the hustle and bustle, congestion, traffic, and everything that comes with city living, Fortunato found herself at ease with the solitude of this remote country location.

The calm of her surroundings, the sound of the wind through the trees, the contrast of colors and textures between the landscape, fields, forest, and lake were an immediate inspiration almost as if she were having a conversation with Mother Nature herself. This immediate connection with Nature brought out a new set of emotions and a level of energy and spontaneity inspiring this new series highlighting not only the beauty but also the necessity of preserving nature itself. The direct connection of people to the environment and the dependence of one on the other. Through this inspiration Fortunato have once again placed brush to canvas to capture her imagination and express her emotions in form that can be shared with her fellow artists, art connoisseurs, and the public.

The series represents her relationship, her LOVE of nature and the environment itself. Through this series she hope to share the beauty and inspire others to understand the direct connection between us, nature and our environment and the importance of conservation. Through LOVE and UNDERSTANDINGS anything and everything can be achieved, without it only chaos and mayhem exist.